Out of the many historical sites you’ll want to visit on a tour of Banff National Park, one of the best to see is the hot springs at the Cave and Basin National Historic Site. 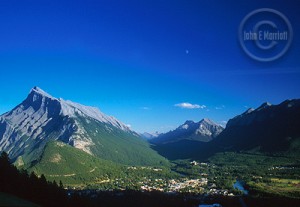 The Cave and Basin sits below of nine  hot springs, bunched in three groups on Sulphur Mountain’s northeastern side. Humans have visited these hot springs as far back as 10,000 years ago. European explorers discovered it for their first time in the mid-1800s.

The Cave and Basin itself, a huge underground cavern large enough that whole groups of people can stand in it comfortably, was found later than the rest of the springs by explorer and amateur comedian Joe Healey in 1875.

Eight years afterward, Canadian Pacific Railway workers, William McCardell and Frank McCabe, brought more attention to the cavern one late evening after they descended through the skylight entrance using a felled tree. A strange thing to do, but it paid off. The next year, they made a small cabin nearby with the idea of commercial applications, and brought tourism to the Cave and Basin.

Or maybe not such a good idea, as their plan dissolved as claims and counterclaims of ownership arose. It arose into a huge debacle over ownership of not just the springs, but of Banff, that eventually prompted the Canadian government to step in and rule on ownership and compensation.

Legal trainwrecks aside, The Cave and Basin has already established itself as a vacation area. Workers in 1886 drilled an artificial tunnel into the Cave and Basin to make visiting the cavern easier. Bottled water from the cavern was sold in 1912 with the assertion that it carried curative powers. The popularity of the site grew so quickly that in 1914 a naturally heated swimming pool was opened in the cavern and remained open until 1994.

Today, the Cave and Basin is a treasure trove of the developmental history of Banff National Park. On the site you will find a replical of an 1887 bathhouse, the structure around the restored swimming pool (though you still can’t swim in it today), and many interpretive displays and hiking and snowshoe trails.

And if you’re looking for more hot springs (which, given the temperatures the Canadian Rockies can reach, we wouldn’t blame you for one bit!), the Banff Upper Hot Springs is a separate facility just 5 kilometers southeast of the Cave and Basin.

Hey, on a cold day in the high country, hot springs can be a very welcome sight. When you add to it the Cave and Basin’s historical significance, it is certainly a fine way to spend a fun, informative and refreshing afternoon.