In the big picture of the world, Banff has not been around for all that long. The first world people who lived here long before white settlers often moved to warmer locations when the cold winters hit. In many ways it was untouched for the longest time. Even today in certain parts, despite the troops of tourists, there are still places where no person has ever set foot. The Banff Park Museum is a celebration of all things Banff past and present. 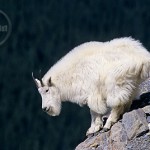 Its location and outward appearance alone is quite striking based just before the Bow River Bridge, it is a striking wooden building built way back in 1903. Though it has recently been renovated, it has retained all of its original spirit. The original idea of this museum was to preserve some of the rarer species of plants and animals but anyone not used to the old fashioned version of an environmentally friendly atmosphere might want to prepare themselves before entry. There is a large and sometimes disturbing collection of stuffed animals that stare out from the wall of the museum. At times it is reminiscent of some of Paris Hilton’s best movies.

Elk, golden eagles, bears, cougars and a selection of striking bison heads watch you as you make your way around this unique museum. The museum was originally set up by Norman Sanson and his office still sits there on the first floor. It is strange to think back over 100 years to a man sitting in a little office and walking daily up Sulphur Mountain to take weather readings. Banff has always attracted the adventure seekers of the world and Banff Park Museum is a great reminder of this.