Gateway to the Canadian Rockies – The Beaches of Vancouver

Vancouver is often seen at the top of lists for most liveable cities in the world. Other than it being a gateway to Banff and Jasper National Parks, it is also packed full of activities to enjoy. During summer, one of the greatest amenities is the public access to the waterfront. 18Km of beach surround Vancouver where you can swim, sail, windsurf or just lay back and enjoy. 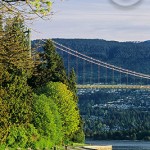 Lifeguards are on duty at all beaches from Victoria Day to Labour Day except when the red light is on. 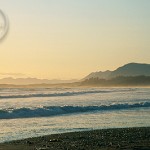 If you want to go windsurfing, Vancouver is a great spot. One of the best places to rent is at the Jericho Sailing Centre. Keep in mind that windsurfers are required to launch and land their windsurfers between the yellow buoys only at Locarno and Kitsilano Beaches. Windsurfers and boats must stay at least 300m away from swimming beaches to avoid collisions with swimmers. Unfortunately kitesurfing is not allowed on Vancouver beaches.

Vancouver is fast becoming more and more wheelchair friendly. Generally, there are two beach wheelchairs available for public use – one is at Jericho Beach and the other at English Bay. The sand isn’t necessarily a restriction either as there are ‘Path’ kits for wheelchairs located at English Bay.

Getting to the Beaches

Recently, Vancouver city has added a new community shuttle service that runs from Broadway & Alma to UBC via Spanish Bank, running by Jericho, Locarno and Spanish Bank beaches, on to UBC and return. The bus runs hourly Monday to Friday into the early evening. It is a handy way of getting to the beaches but is also one of the most scenic drives in the city so sit back and enjoy the ride. Ask at your hotel and keep an eye on this route as it is constantly being improved and upgraded.