Getting to Golden has never been easier! Pack those bags, book accommodations, choose some great activities and prepare for the adventure of a lifetime. Golden is a destination of ‘must do’ and ‘must see’. Below are some hints to help you achieve as much as humanly possible. 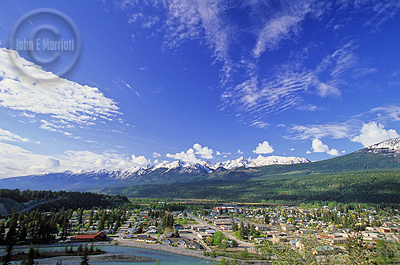 Getting to Golden is the easy part, but you may never want to leave.

Access to Golden from east or west is simple, thanks to its location right on the Trans-Canada Highway (Hwy #1). Hwy #95 begins in Golden and heads south to the U.S. border. Beyond the border, Interstate 95 continues through Idaho, Oregon, Nevada, Arizona and all the way down to the U.S.-Mexico border. Drive Times vary depending on season and weather.

The Trans-Canada Highway between Golden and Yoho National Park was upgraded to a modern four-lane design, including a new Park Bridge over the Kicking Horse Canyon. These upgrades have made vast improvements for safe and quicker travel to Golden from the east.

Greyhound Buslines stop four times a day in Golden, coming from either Calgary, Alberta or Vancouver, B.C. Greyhound also has a daily bus leaving from Cranbrook, B.C., plus services to every other community throughout the region, province and country.